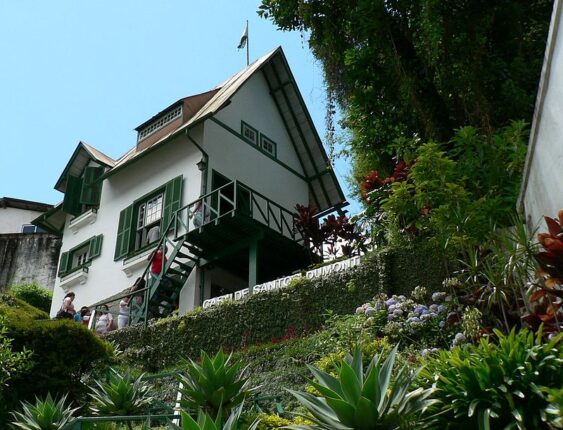 Imperial Petropolis, 200 years in the past in one day!

Petrópolis is a Brazilian city north of Rio de Janeiro. Bordered by the Serra dos Órgãos National Park, with its wooded peaks and waterfalls, it is known as a mountain retreat for Rio residents. In the center, the Imperial Museum displays period furniture in the former palace of the 19th century emperor Dom Pedro II. Nearby, the huge Cathedral of São Pedro de Alcântara houses the mausoleum of the emperor and his wife. There are attractions such as the Bohemia Brewery (First Brewery in Brazil-1853), House of Santos Dumont and much more!

Take the opportunity to discover the city of Petrópolis in one day with our tour below:

TOUR: Petrópolis 👑 DAYTRIP
FREQUENCY: Tuesday to Sunday – leaving from Rio de Janeiro early in the morning
APPROXIMATE DURATION (including displacement): 12h (FULLDAY) -RIO-PETROPOLIS-RIO
PICK UP TIME: From 7:45 am to 9:30 am
PICK UP PLACES: South Zone and Center (to be consulted)

NOT INCLUDED: Drinks, desserts, other tickets and items from Casa do Alemão and Chocolateria Katz.

Cancellation made less than 7 (seven) days, the day before, non-attendance, withdrawals, attendance of a smaller number than the one reserved, will be considered “no show”, without refund of due amounts.

We do not advise the client to take our tours on days that have appointments with schedules (booked trip, flights, arrival or departure from the city, etc.), as delays may occur.

Important information about periods of high season, holidays and major events, cities and roads are busy above normal. There may be delays in boarding and delays due to traffic and road problems, overcrowding at visiting points and connection points within our schedule.

People who searched this tour were also interested in these:

A DAY IN RIO

TOUR: A Day in Rio🎡 FREQUENCY: Every day APPROXIMATE DURATION (including displacement): 10h BOARDING TIMES From 7:45 am to 9:30 am BOARDING PLACES: South and Center (to be consulted) WHAT IT INCLUDES: Executive Transport, Accredited Tour Guide, Free Buffet Lunch, Christ the Redeemer Ticket (up in a van) and Sugarloaf Mountain ticket. WHAT DOES NOT […]

Sorry, this entry is only available in Brazilian Portuguese.

This website uses cookies to improve your experience while you navigate through the website. Out of these, the cookies that are categorized as necessary are stored on your browser as they are essential for the working of basic functionalities of the website. We also use third-party cookies that help us analyze and understand how you use this website. These cookies will be stored in your browser only with your consent. You also have the option to opt-out of these cookies. But opting out of some of these cookies may affect your browsing experience.
Necessary Always Enabled
Necessary cookies are absolutely essential for the website to function properly. These cookies ensure basic functionalities and security features of the website, anonymously.
Functional
Functional cookies help to perform certain functionalities like sharing the content of the website on social media platforms, collect feedbacks, and other third-party features.
Performance
Performance cookies are used to understand and analyze the key performance indexes of the website which helps in delivering a better user experience for the visitors.
Analytics
Analytical cookies are used to understand how visitors interact with the website. These cookies help provide information on metrics the number of visitors, bounce rate, traffic source, etc.
Advertisement
Advertisement cookies are used to provide visitors with relevant ads and marketing campaigns. These cookies track visitors across websites and collect information to provide customized ads.
Others
Other uncategorized cookies are those that are being analyzed and have not been classified into a category as yet.
Save & Accept